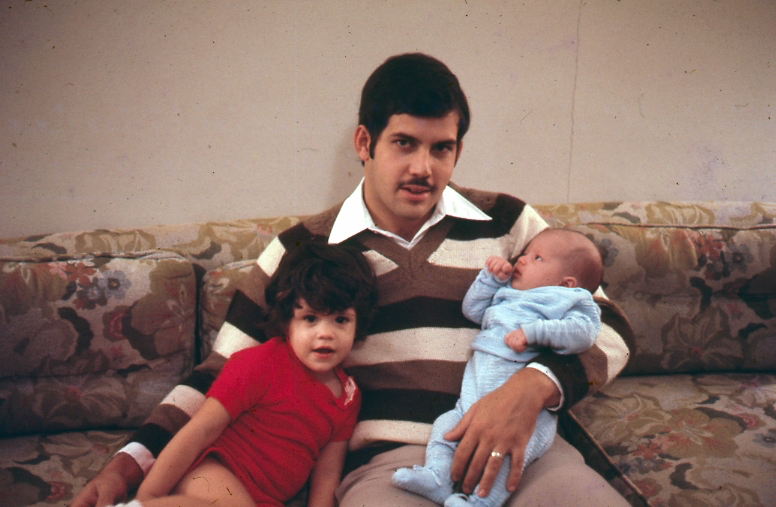 On a recent holiday weekend, I resolved to tackle several piles of cards, printed news articles, and mail I’d accumulated for months. One of the folded pieces of paper I stumbled on was the print out of my father’s eulogy that I used to read it at his funeral. The essay was written by a longtime friend of my dad’s who traveled extensively with him in Latin America in the 1970s when they worked together.

In the eulogy, his friend recalls that my father was a good-natured colleague, a generous and devoted friend, and a man with a great deal of empathy for other people. As I read it out loud to my husband, I cried. But not for the reasons that would usually come to mind.

My dad was affectionate and loving, but the patience, the understanding, and the empathy he showed others was not on display at home. He was quick to anger and when he did, he became coarse and mean. When he lost his temper, he could be verbally abusive and violent.

Not surprisingly, his behavior took a toll on me, my mother, my siblings, and other members of my family. We don’t talk about it much with one another, but I am not alone in struggling to reconcile that part of him with the funny, loving, and gregarious man we also knew him to be.

My father and I were very close. He was the stable and the more present parent in my childhood. Whereas I was as different from my biological mother as I could possibly be, my father and I seemed to be two peas in a pod. He nurtured in me an interest in pens, history, and a healthy skepticism for authority (though he didn’t appreciate it when that skepticism was extended to him).

I revered him and tried to emulate him as much as I could. We went through a rough patch as I asserted my independence in college, but that resolved itself. I had the privilege of caring for him in the months leading to his death from Parkinson’s Disease complications. Several weeks before he died, my dad asked me to help him track down the longtime friend who wrote his eulogy.

Shortly before he died, I asked my dad what he wanted to be when he was a young man. He said he had wanted to be a dad. I laughed, but I believed him. Because he loved being a dad and was devoted to his family. And he instilled in my siblings and me an appreciation of our family history that we are passing on to his grandchildren.

In recent years, however, I’ve wanted to distance myself from my father as much as I could.

The hurt and anger that built in me as a result of his offensive behavior revealed itself with clarity after he died, and that made me more hurt and more angry. As a result, I buried the love and affection I felt for him, along with the memories of the commendable qualities I knew he had and that his friend recognized in his tribute. It’s been tough to deal with, in part, because I’ve recognized I’ve behaved in the same unpleasant ways.

Re-reading the eulogy appears to have had a healing effect. It reminded me there were things about my dad that were good, and that they are alive in me and my siblings. It reminded me that I love and miss him. I needed to remember all of that.

2 thoughts on “The complex legacies of our parents”